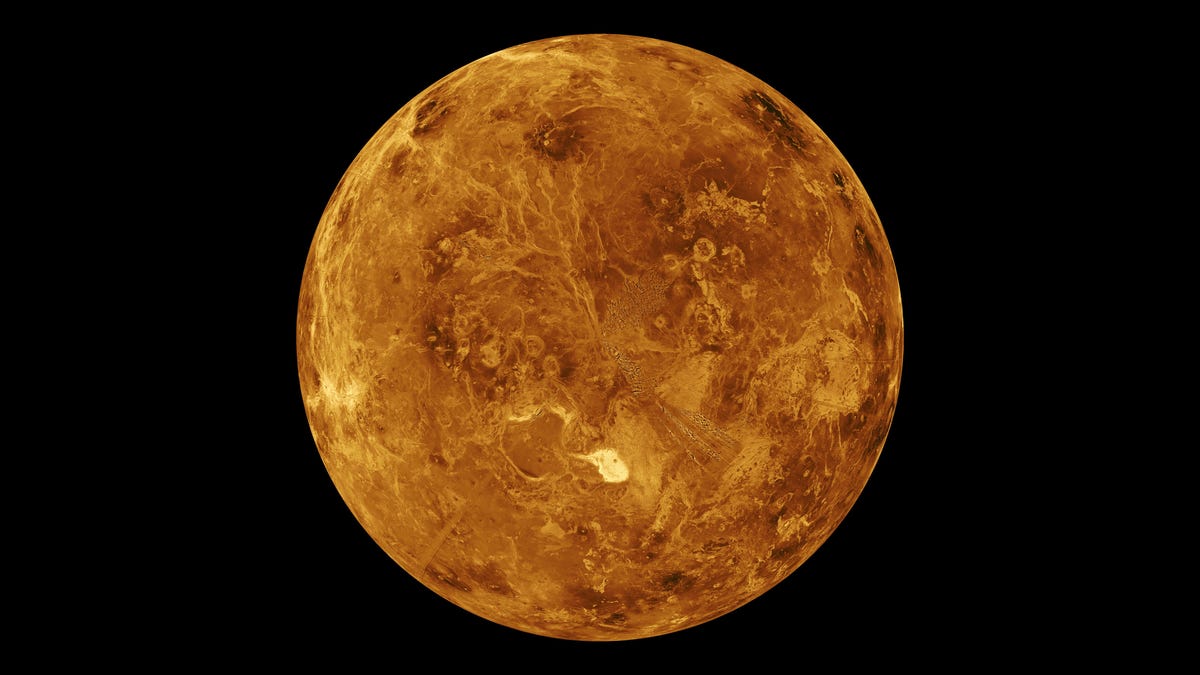 “Earth’s mysterious twin.” A “lost habitable” world. An “inferno like” planet. NASA has some great descriptions for Venus, a rocky planet that took a very different path than our own. Venus is the hottest planet in the solar system, and one that may have an intriguing gas called phosphine that hints at the potential for alien life.

In June 2021, NASA greenlighted two new Venus missions: Veritas and Davinci Plus, the agency’s first dedicated missions to the second planet from the sun since the launch of the Magellan probe in 1989.

NASA created this computer-simulated global view of the northern hemisphere of Venus using data from multiple missions, including NASA’s own Magellan and Pioneer missions. The colors come from images collected by the Soviet Venera 13 and 14 landers.